A few years ago, our co-founder Alan was a regional brand manager for Red Bull. He managed those teams of Red Bull reps who would go around and sample Red Bull in the field. At the same time, his mother Tara worked in the field as an agricultural scientist with the USDA. Over time, Alan and his mother realized their jobs shared something in common – photos and reports from the field played a vital role in both their processes.

For Alan, photos were crucial for keeping his team accountable to him, and keeping him accountable to his higher-ups. And Marketing surveys from the field were painstakingly collected and entered into Red Bull’s “Sampling Data Center” – an important market knowledge database at the center of their grassroots marketing efforts.

For Tara, photos were crucial in tracking and organizing the progress of various experiments at research sites around the region. Similarly, surveys and other data had to be collected from the field, and entered into a central database for their team to interpret.

For both Alan and Tara, the processes of collecting and organizing these photos and reports from their teams in the field were painfully inefficient and outdated. Their systems were a messy combination of point-and-shoot cameras and clipboards, excel spreadsheets, data-entry, and email attachments.

SimpleCrew is a mobile team management application. We make field teams and their managers more effective, and more accountable.

Using the SimpleCrew App, mobile team members submit photos and reports directly from the field. All submissions are time and location stamped and sent directly to their database, eliminating the need for intermediary data-entry.

On the SimpleCrew online dashboard, managers can oversee the team’s progress with organized campaign summaries, which they can easily track, publish, and share. 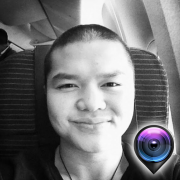 Alan is a Co-Founder of SimpleCrew, and manages SimpleCrew's marketing, distribution, and design.

This entry has 0 replies